Lebanon’s banking sector is bloated and in need of reform: Here’s how 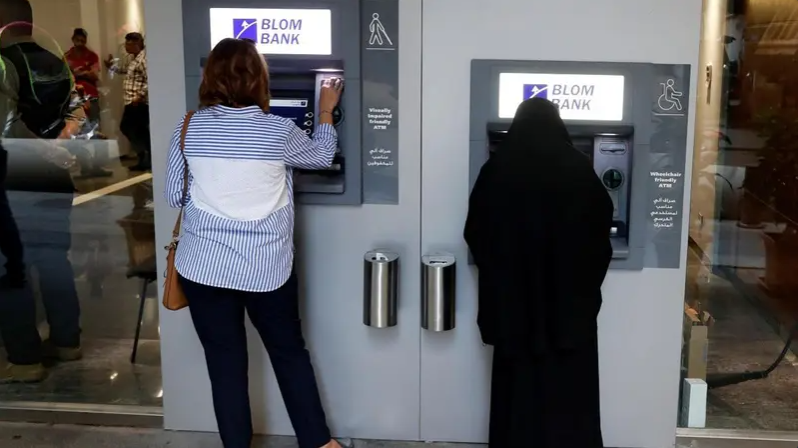 Lebanon faces an unprecedented financial crisis as for years the country’s banking sector colluded with government to funnel dollars into the economy at an unsustainable pace. Prime Minister Hassan Diab noted this in his speech while announcing the country would default on its $1.2 Eurobond, which was due Tuesday, adding that the sector was bloated “four times over.”

Bondholders and cabinet members have since turned their attention to the restructuring process Diab stated would follow the default.

One crucial element of Lebanon’s debt restructuring, according to Diab, will be restructuring the country’s banking sector. Analysts have characterized such reforms as inevitable and see substantial downsizing of Lebanese banks, lowering liabilities via a bail-in, foreign buy-ups of Lebanese banks, and other measures as potential options available to Diab’s government.

While it remains unclear if the political will exists among Lebanon’s politicians and financial industry to tackle a reform program of this magnitude, according to some experts, any type of bank restructuring would ultimately require a renewal of trust in Lebanon’s financial system to be successful in the long term.

The Lebanese cabinet held a session on Tuesday to focus on an “economic rescue plan” for the country, and debt restructuring talks are set to be held in two weeks, according to Reuters. Such talks would give an indication of what sort of default Lebanon is heading toward, Finance Minister Ghazi Wazni stated on Monday.

“I believe the banking sector is apt to be subject to a noticeable downsizing…in the aim of improving solvency and strengthening the confidence factor,” Group Chief Economist and Head of Research at Bank Audi Marwan Barakat, told Al Arabiya English. “Such restructuring efforts would entail mergers and acquisitions across the sector, in addition to recapitalization of viable banks, a process that already started over the past couple of months.”

In an interview with Lebanese TV station LBC on Monday, Wazni stated that mergers were a “prerequisite” to addressing the problems with local commercial banks.

According to Mike Azar, a senior financial adviser, one avenue for bank restructuring under discussion is a bail-in.

“Pretty much the only way to restructure a bank is to either make sure that its assets are good… or the other thing you can do is lower the liabilities,” Azar told Al Arabiya English. “You do that with a bail-in, which means you convert deposits into shares in the bank. We know they’re thinking about that because the minister of finance has said that, and the Prime Minister’s financial adviser has said that.”

Azar listed other options like a freeze on deposits or converting deposits from US dollars into Lebanese lira. Ultimately though, it remains uncertain what path the government will choose to take.

Sami Nader, the head of the Levant Institute for Strategic Affairs told Al Arabiya English that any bank restructuring would have a significant effect on deposits, the Lebanese economy at large, and on the balance sheet of the country’s central bank.

Jihad El Hokayem, a leading financial market strategist, told Al Arabiya English that even if mergers and acquisitions take place, the central issue, which is a lack of trust in Lebanon’s financial sector, will remain unresolved.

“For me there is a problem of trust in Lebanon, and people won’t put their money back in banks unless they have really solid ground, and I don’t see any solid ground if we don’t have foreign, multinational banks in Lebanon,” El Hokayem said.

He added that such a move carries with it various risks, some of them political, but could produce economic benefits down the line.

Barakat told Al Arabiya English that the financial industry is “undoubtedly” moving toward the realities of a bank restructuring in the near future. But according to Azar, the implementation of reforms will likely be an uphill battle.

“It’s going to be challenging,” he said. “Obviously the banks are a powerful constituency here, and they would be big losers of the restructure. There’s also a lot of overlap between the banking system and the political system, so they would be having to take steps that hurt themselves.”

Azar stated that one way to enforce compliance within the financial sector would be to “nationalize” it. “The government can use the threat of nationalization against insolvent and uncooperative banks,” Azar added.

But given the nature of the talks between the cabinet and Lebanese banks in the lead-up to Diab’s announcement of the default, further tensions between them may be on the horizon.

“We’ve already seen a bit of a clash between the banking system and the government, and that doesn’t really bode well with how things are going to go down in the future.”