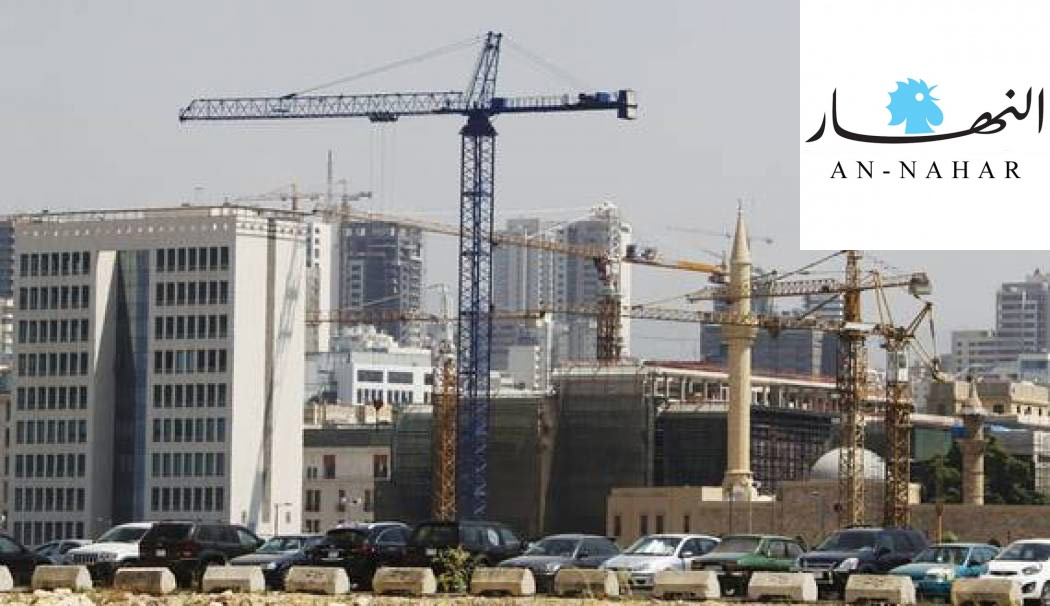 The Lebanese real estate market could be heading toward a disastrous freefall in prices, according to Chief Financial Market Strategist and lecturer Jihad El Hokayem.

BEIRUT: “It’s a buyer’s market. Developers are selling at 25 percent discounts. Now is the time to own your residential apartment. Prices will rebound once a president is elected,” says the common wisdom.

This is only a sample of what the majority of developers, brokerage firms, research analysts and bankers have been telling people for more than two years when asked about Lebanon’s real estate market. And this is what the Lebanese like to tell themselves, “that property and real estate will always accrue value and generate fixed income.”

But in reality, the market could be heading toward a disastrous freefall in prices, and a loss of value that may take years to re-accumulate, according to Chief Financial Market Strategist Jihad El Hokayem.

El Hokayem is one of the first analysts to predict a crash in Lebanon’s real estate market that will throw cold water on the bets of developers, banks and average property owners.

His logic is simple: the market is oversupplied and demand is shrinking, with no signs that the market will rebalance itself soon except on the downside.

El Hokayem says demand for real estate in Lebanon can be divided into three categories: Foreign investors; Lebanese expatriates residing in the Gulf and across Africa; and locals.

Foreign investors, mainly wealthy businessmen from the Gulf, used to account for a significant share of the demand for luxury real estate in Lebanon, El Hokayem says. Today, the demand is almost non-existent. “On the contrary, it is shifting to the supply side with a significant number of Gulf investors seeking to liquidate their assets,” he says.

The numbers appear to support El Hokayem’s claims. In the first four months of 2016, foreign investors accounted for only 336 deals or 1.6 percent of total transaction.

The drop in demand from foreign buyers could be attributed partially to lower investor confidence in Lebanon due to the political crises and security risks engulfing the country, along with the proximity to the Syrian war. But more importantly because of the economic slowdown in oil exporting countries.

The decline in oil prices from a peak of $99 per barrel in 2014 to an average of $40 in 2016 has prompted Gulf States to cut government spending, a main driver of economic growth; and also decreased the buying power of the elite class of Gulf citizens whose disposable income has taken a hit.

Of equal, if not more importance, this has affected those many Lebanese who own businesses or work in the Gulf region and consequently has reduced the flow of remittances into Lebanon.

Lebanese expatriates residing in African countries, on the other hand, are in no better position than their counterparts in Gulf countries due to the currency depreciation in a large number of emerging African economies for various reasons, says El Hokayem. For instance, in Nigeria, the naira has fallen more than 60 percent against the U.S. dollar since the central bank announced it would abandon its currency’s dollar peg in June.

The drop in remittances to Lebanon will accelerate by end-2016 and through 2017, El Hokayem explains, noting that demand for real estate will further drop as a result.

“Historical data suggest a direct link between the drop in oil prices and the decline in capital inflows to Lebanon with a time lag of 20 months,” says El Hokayem. (see chart)

The latest data validates El Hokayem’s theory. Total customer deposits at Lebanese commercial banks grew only by 2 percent in the first six months of 2016 to reach $3.1 billion, compared to $4.2 billion in the same period of last year.

The weaker growth was due to lower deposit growth on behalf of nonresidents, who accounted for 10 percent of total deposit growth in the first half of 2016 against 33 percent during the corresponding period the previous year.

The drop in real estate demand from expats is also coupled to a decline in local demand amid national economic stagnation and lower consumer confidence, El Hokayem says.

The Byblos Bank Real Estate Demand Index reported a steep plunge in demand for residential property in Lebanon. The property index posted a monthly average of 38.9 points in the second quarter of 2016, representing a decrease of 8.3 percent from the 42.5 points monthly average in the first quarter of 2016. This is seventh lowest level in 36 quarterly readings, according to a statement from the bank.

The overall trend line has been dropping for over a half-decade, the numbers show.

Another indicator of falling demand is the weaker growth in housing loans.

However, this requirement is being circumvented in many cases through a private arrangement between the buyer, developer and real estate appraiser. The developer, in complicity with the buyer and real estate appraiser inflates the price of the property to enable the buyer to secure a higher loan that would cover the total cost of the property including the 25 percent down payment.

“This is a form of subprime mortgage that continues to support demand and has limited the drop in the prices of real estate to only 20-25 percent from their peak in 2010-11,” El Hokayem explains.

Another factor that is limiting and concealing the drop in real estate prices, El Hokayem says, is Central Bank Circular 427. The circular, issued in June, aims to support developers selling their existing new real estate stock. The circular allows commercial banks in Lebanon to offer credit facilities to companies, funds or special vehicles for the purpose of acquiring real estate.

A purchaser can borrow up to 60 percent of the value of the project with the remaining 40 percent to be financed from their equity excluding debt.

This could encourage newly formed or existing companies and funds, including some that are partially owned by banks, to acquire projects that developers have struggled to sell, El Hokayem says.

“Basically, banks are lending companies or funds, which they partially own, money to buy projects from developers who owe them money and are struggling to sell their project,” El Hokayem explains.

According to the central bank data, construction loans make up 18 percent of the total loans granted by the financial sector up to July 2015 with a value of $9.99 billion.

While several developers are struggling to sell their existing stock, investment appetite in the construction sector didn’t seem affected in the first half of 2016 as many developers saw an opportunity in the low price of construction materials due to the drop in oil prices.

Building permits, a leading indicator of future construction activity, increased by 7.5 percent year-on-year to 6.4 million square meters in the first half of the year.

“The measures taken by Banque du Liban and commercial banks have delayed the crash but it is inevitable,” El Hokayem says, noting that the lack of equilibrium between supply and demand would eventually drive prices lower by 40 percent. Taking into consideration that many developers are already offering discounts up to 25 percent, the total drop in real estate prices would amount to a 50-55 percent from their 2010 peak.

“Hold and you will buy two for the price of one,” is Hokayem’s advice to those interested in acquiring a property in Lebanon.