What the International Community Can Do in Lebanon 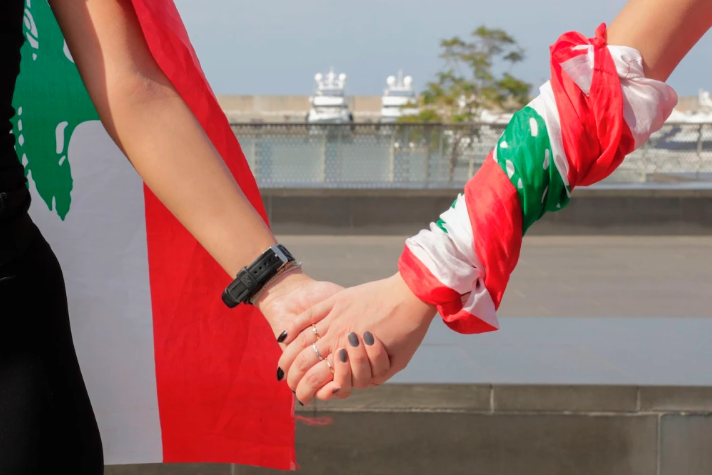 A conservatorship is unlikely, but the world can work to nudge Beirut’s political class aside.

In the wake of its single most horrifying disaster since the end of its civil war, Lebanon has at last caught the world’s attention. Following mounting fiscal and socioeconomic crises that had already brought the country to its knees, the devastating blast in Beirut on Aug. 4 was finally a spur to world powers to help Lebanon. Led by French President Emmanuel Macron, the international community pledged around $300 million in aid at a donor conference on Aug. 9, one day before Lebanese Prime Minister Hassan Diab and his cabinet resigned under pressure from renewed protests demanding accountability for the disaster.

Yet the donors, together with Lebanon’s traumatized populace, find themselves in a difficult bind. Putting Lebanon on a sustainable path to recovery will require its leaders to first put in place the much-needed structural and economic reforms that Lebanon’s governments have been unable, or unwilling, to implement for years. As Lebanon’s political class begins to wrangle over the shape of the future cabinet for the second time in under a year, it will now largely fall on the international community, together with Lebanese civil society, to rebuild Beirut and save the country from total collapse at the hands of its own rulers.

Brazil, China, France, the United States, the European Union, and other governments that pledged funds for Lebanon this month are part of a global relief effort that also includes hundreds of thousands of small, private donors, many of whom are Lebanese expatriates. As the Lebanese themselves had asked, the donor countries have made clear that the aid would go to the people of Lebanon, rather than to its corrupt government, and would be spent according to a detailed framework set by the United Nations.

This means that donor countries will likely work directly with nongovernmental organizations and volunteers, many of whom have given up hope that they will receive any assistance at all from Lebanon’s bankrupt state, especially in the wake of Diab’s resignation. “We are now officially alone,” Oula Nasser el-Dine, a doctor specializing in physical therapy, told me. She had driven three hours from the northern Bekaa Valley in eastern Lebanon on the day of the explosion to volunteer as part of a medical response team working alongside the Lebanese Red Cross. “Now that the government resigned, we require nongovernmental references to bring all the teams together to put all the plans in place.”

Although the donor countries have promised that the funds raised this month, which fall far short of the multibillion-dollar cost of reconstruction, would be disbursed soon, further aid will likely be slow in coming. The United Nations has put forward an independent aid appeal of its own, but the International Monetary Fund (IMF), which had been negotiating with the Lebanese government on a reform package before talks fell apart last month, stated that an additional, more significant assistance package totaling billions of dollars won’t arrive until those reforms are implemented—something that Macron, the donor group, and U.S. officials had echoed as well.

With no real government to make those reforms, though, all of this suggests that the international community’s role in Lebanese politics, and as a guarantor of basic needs in the country, will undoubtedly grow. This would mean temporarily managing the import of certain medical supplies and staple goods into the country while also guaranteeing access to adequate water and sanitation, much of which is included in the U.N. scheme. The German company Siemens has already declared plans of its own, announcing that it would provide electricity for around 150,000 people in Lebanon for a year, free of charge. On the political side, Macron seems to have brushed aside frustrated calls by some Lebanese asking him to place Lebanon under French stewardship, but has already taken an active role in guiding the formation of the country’s cabinet. The French president asked Iran, which backs the Lebanese militant group Hezbollah, to avoid interfering in Lebanon’s government formation process, and called for the creation of a unity government reportedly at the behest of the United States. Other reports have indicated that he is pushing for an interim technocratic government similar to outgoing Diab’s, which would put in place political and economic changes. Although donor countries cannot force through the reforms they want to see themselves, it appears they are preparing to steer Lebanon’s ruling class toward a political reality that would give the international community the most amount of leverage. As it does, “the political impact of the international community is bound to increase,” Karim Emile Bitar, an international relations professor at Beirut’s Saint Joseph University, told me, “because Lebanon is about to become a failed state.”

That seems correct. The U.N.’s World Food Program has already committed to sending 50,000 metric tons (55,000 tons) of wheat flour to Lebanon amid fears of a bread shortage in as little as a week and a half, following the destruction of grain silos in the blast. And according to Jihad el-Hokayem, a Lebanese financial market strategist, Lebanon’s gross domestic product could shrink by as much as 45 percent in 2020, much more than the 11 percent drop predicted by the World Bank in April. And that is a best-case scenario. “It’s going to depend on how the international community is going to help Lebanon,” Hokayem told me. “In case it’s going through the government’s wasteful process, it would be something surely not sustainable and people are just going to get a fraction of what they want.”

Wary of Lebanon’s widespread corruption, a number of Lebanese organizations are reportedly  partnering to monitor how any reconstruction funds will be spent. So far, the lion’s share of the recovery process has been started by independent groups such as the Lebanese Red Cross and by citizens who are supporting their work, and it seems likely that international donor countries will need to work directly with them if they want to make good on their promise of keeping funds out of the hands of Lebanon’s corrupt leaders. Although coordinating pledged emergency aid delivery with at least some help from the state may ultimately prove unavoidable, the political class’s position of weakness means it will likely have no choice but to acquiesce to the international community’s terms on the matter.

As for supplies in the immediate term, according to Nassif Saleh, the managing director of a shipping company that operates out of the port of Beirut, several quays are still able to receive cargo, and the port of Lebanon’s second-largest city Tripoli will temporarily be used to partially make up for the loss of Beirut’s capacity. Nevertheless, the port reconstruction could take months to finish, and Saleh was generally far from optimistic.

“The loss of the port means the loss of the lung of the Lebanese economy,” he told me. “The country was poor before the blast, so how do you expect things to improve? We are lucky if we can maintain half or three-quarters of [imports that] we had before.” The Lebanese people’s access to health care and food, and their ability to rebuild Beirut, relies heavily on the speed with which the port’s capacity will be restored. France, potentially together with the United Arab Emirates, is reportedly being floated as a probable financier of the port reconstruction project.

Of course, there is only so much the international community can do. “An independent government is the only way to restore confidence,” Sami Nader, the director of the Levant Institute for Strategic Affairs, told me, stating that a new government must hold snap elections and put in place a full menu of financial-sector reforms.

If they are, Lebanon’s recovery may be more durable, but at the cost of a good portion of its national sovereignty. Yet if they aren’t, it is hard to see how the country pulls out of the morass at all.

“The main problem of the past 20 years is that very often this political establishment was offered a lifeline by the international community which has allowed it to remain afloat,” he said. “There is no future for Lebanon until we get rid of this oligarchy.”